A Friendship That Will Never Be Forgotten

In the 1980’s I was blessed with a friend named Priscilla who on the ladder of loving and devoted friends would have to be placed on the very top rung, along with my friend, Judi, who I have known since I was a little girl.

After my move from South Florida to North Carolina in 1987, Priscilla and I eventually lost touch.  Her two daughters and I discovered each other on Facebook a few years ago.  My first phone call with Priscilla was heartwarming. There’s something wonderful about unconditional friendship.  Neither of us wasted one precious moment of our conversation talking about how the friendship was put on hold for so many years. We just picked up where we left off.

After much encouragement and help from her daughters, Priscilla finally joined facebook. I loved checking my notifications each morning because I could almost always count on finding a like or a loving message from Priscilla on my page.  I quickly figured out that her facebook time was late at night.

One of the last messages Priscilla left me had to do with the spelling of my name. She posted….

Sorry Debi – I did it again !! :>( Sometimes I spell your name Debbie and I don’t know why. Rather or not I spell it correctly, It is spelled with love.

This past Saturday, Priscilla’s first born daughter called. She said her Mother had passed away. She told me that when her Mother did not show up to the family Thanksgiving dinner (which the family traditionally held on Black Friday), she and her sister drove to her house where they found their Mother deceased.

Her daughter and I talked for a very long time. I told her what her Mother meant to me and shared many stories. Priscilla’s daughters were only 9 & 11 when we moved to North Carolina but they were old enough to remember the good times our families spent together.

In the early 80’s, I gave birth to two babies in less than 2 years and it was Priscilla who stepped in to help with my two older children. She was like the big sister I always wanted.  Loving, caring and kindhearted!

I was under the weather on Saturday night when I received the news that Priscilla had passed away. I’d been feeling poorly since Friday night and couldn’t seem to shake it. When I heard the news about my dear friend, I understood why.

Hundreds of miles away, a shining light had dimmed as angels took the source of light to heaven to be with her beloved husband, Robert.

The 23rd of November, the day Priscilla left us, was their wedding anniversary. 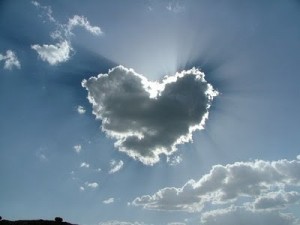 Dedicated In Loving Memory Of  My Beautiful Friend, Priscilla Kranis.