My Mother and Father had a traditional marriage for their generation. He went to work and she stayed home to raise the five children. Each week, my Father gave my Mother money, which covered groceries and any other daily household expenses, including clothing and shoes for the family. My Father paid the mortgage, utilities, insurances and any medical or dental bills. The arrangement worked out fine for their marriage. They did not have credit cards but my Father carried an American Express Card (started in 1958) for business expenses which he paid off every month. Later in their marriage, my Mother had a Burdines department store charge card.

My Mother had a checking account in her own name. My Father never questioned her about it or asked to see it. I have no idea how much money my Father gave my Mother each week, but judging from their loving relationship (I never heard them argue) I am positive that if she needed a few extra dollars, he made sure she had it. Being the oldest daughter, I have many memories of shopping with my Mother and seeing how conservative she was with her spending. She wasn’t status conscious or into labels.

I remember in 1966, my Father was told by his Doctor that he needed to move closer to the ocean because of his asthma. We lived in Coral Gables, Florida and the smoke from the Everglades often shifted in our direction, causing my Father tremendous discomfort. My Father’s business was on Miami Beach so moving there made a lot of sense. My Mother supported my Father in his decision even though it meant uprooting the family (schools, friends etc…). Of course, this required selling their home and searching for a new one. This was going to be financially challenging, to say the least!

The next part of this story was shared with me years later.  The story goes that my Mother hands my Father a check for $10,000 to help with the down payment on a new home. My Father looks at her and says, “Blanche, where did you get this money?” She replies, ” I’ve been putting away a knippel every week for many years.( In Jewish this means a little money put aside.) I thought it would come in handy one day!”

My Father looks at my Mother…He is speechless! Though I have no idea what happened next, I am imagining that my Father swept my Mother in his arms and gave her a long passionate kiss. (They were always such a romantic couple!) 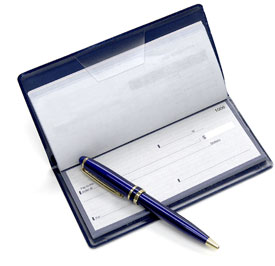 I learned a lot of valuable lessons from my parents but this was perhaps the most important one of all.

It wasn’t just about saving money for a rainy day…My parents taught me the meaning of love.