Abercrombie & Fitch CEO, defines who is a cool kid

According to Abercrombie & Fitch CEO Mike Jeffries, there are millions of young people in this country who are NOT attractive or “cool” because they wear a larger size of clothing than the store carries.

Here is an excerpt from an article posted on www.businessinsider.com

In a 2006 interview with Salon, Jeffries himself said that his business was built around sex appeal.

Jeffries also told Salon that he wasn’t bothered by excluding some customers.

â€œIn every school there are the cool and popular kids, and then there are the not-so-cool kids,â€ he told the site. â€œCandidly, we go after the cool kids. We go after the attractive all-American kid with a great attitude and a lot of friends. A lot of people donâ€™t belong [in our clothes], and they canâ€™t belong. Are we exclusionary? Absolutely.”

Here is my reply to Abercrombie & Fitch, CEO Mike Jeffries…

After reading your comments in an article on the Business Insider site, I will never be a customer at any of your stores not even to purchase a gift for one of (what you consider) my “cool” children. I am sure you did Abercrombie & Fitch more damage than good by your discriminatory comments. Fortunately, many of the people you are targeting as customers have evolved enough as human beings to figure out that YOU are clueless as to the REAL definition of  a “cool” and beautiful person. 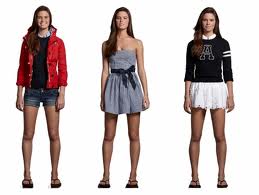