Are Americans Addicted To Smutty Stories From The Media? 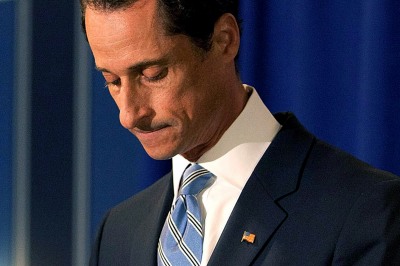 The BIG news the last few days has been Congressman Anthony Weiner’s confession that he sent messages and photos of a sexual nature to women online.  This followed his complete denial of any inappropriate behavior. Once again, the internet has exploded with the stories. If you type Anthony Weiner’s name into The Huffington Post search engine on June 7th, 2011… 1,280,000 links appear.

What does this tell us. I think it is yet another example of how the media believes that Americans are addicted to smut. Every time one of these stories appear, REAL news takes a back seat. Let’s take the last two days for example. Did anyone read the following stories?

Some nuclear power plants have not properly trained their workers about emergency guidelines intended to protect the public in the event of a severe accident or disaster, federal regulators said Monday

A group of economists made the case on Tuesday for raising the federal and state minimum wages across the country as a way to boost the stagnant economy and improve the standard of living among low-wage earners.

I think those stories are worth reading! These are things that affect most American lives. (I’m not convinced that the very wealthy care whether the average Joe gets a raise.)

I have a problem with the dumbing down of Americans by the media. Those of you who read me on a steady basis already know that.

My question is…How do we put an end to it?