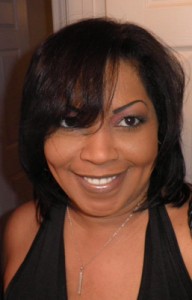 Between the age of 6 and 8, our class was given a survey; not having to do with Race, or ethnicity, but a survey of class status.  As I can remember from over 40 years ago, the questions asked were to find if we considered our family as ‘poor, middle-class, or rich’.  I surveyed my little short-lived life, and I found that I wanted for nothing.  The Atlanta Public Schools had, just recently, started a program to provide breakfast for students of lower income families, but I didn’t need it.  Though my Mother worked two jobs, the only time I mentioned being hungry was when I just didn’t want what she served for that particular meal.  I had toys, I had friends, and though my parents were separated, I had extended family that exposed me to many places and things.  We had a car.  I remember a few Christmases being taken to this large warehouse, to walk with a soldier down one of the many rows of toys made just for girls.  In my mind, it wasn’t because I was poor, I thought it was because I was privileged, and whoever was Santa, liked little ole me.  In that respect, I was proud to list on that survey that we were RICH.  Imagine that!

Had the CNN survey been given to me, I would probably choose the ‘blonde hair, blue-eyed’ doll, as well.  It wouldn’t be so because I had an adult mind to favor one over the other based on race; it would simply be because that was what I was exposed to more than a doll that looked like me.  Knowing myself as I do, more than likely I would ask for one of each, so that each one would have a friend.
I don’t recall the true purpose, or the weigh-in results of the survey; but, it’s not ‘shame on me’, nor any child to feel that way; it’s ‘shame on you’, the maker of dolls, for not including a doll for every race.  Racism is not innate, it’s taught; even the dark vs light skin among our own.

For the past 18 years, Linda has worked as a Travel Agent. She was born and raised in Atlanta, where she currently resides. Linda is the youngest of six children. She is single, with no children. Linda is a proud supporter of the National Multiple Sclerosis Society, and faces her own challenges battling MS. In her free time, she enjoys dabbling in Digital Graphics.

* This was first posted as a comment to an essay on my site written by Cody Williams.