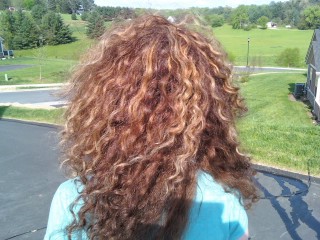 The other day I read another article about celebrities who are angry about having their pictures photoshopped in advertisements and publicity shots.
It got  me thinking about how I would feel if this was done to me. Of course, I would first have to be famous enough to have photographers clamoring for my attention and companies begging me to endorse their products. Let’s say this happened ( stop laughing…it’s MY fantasy) and suddenly Debi Drecksler’s size 14 figure and hitting another milestone birthday face was hot news! Would I want to be thinned down and glossed over to look spectacular?  NO WAY!!
First of all…My children would be horrified. “What did you do with our Mother’s jiggly arms?” they would demand to know. “Those skinny scarecrow arms don’t the least bit resemble our deliciously plump Mother. We don’t want those bony arms wrapped around us when we come home for a dose of Jewish Mother Love!”
My husband would be the next to protest. “What happened to the nice big tuchas?” I didn’t marry some skinny mini with a tiny little tush. Who is this woman pretending to be my wife?”
I would be angry if they smoothed out my laugh lines because no one would recognize me without them. It took years of writing funny stories and being my own best audience to get them!
Now the only thing I would give permission for the photoshoppers to do would be to smooth out the frizz from my very curly, untamable hair.I’ve been waiting almost sixty years for someone to say, “Darling, your hair looks FABULOUS!”
Read more @ DebiDrecksler.com!