Though the following story is fiction, it is loosely based on true facts. My Aunt Evelyn Nevel and her unborn child, died several years before my birth. Her husband was grief stricken and chose not to stay in touch with our family. It is said that I bear a striking resemblance to her.

Devora pulled up into the nursing home’s parking lot and sat for a moment.  She was torn between walking into the building or turning around and heading home. She was frustrated at herself for being like this. Dr. Sterling had told her it would take time to get back into life and she would know when she was ready. She took a few deep breaths.Then she opened the car door and stepped outside. It was a gorgeous sun drenched day……

Devora followed Mrs. Sullivan to the activity room. “When we saw your background, the staff was thrilled” the woman said. “It isn’t often we get a volunteer with so much experience working with the elderly. I thought you would be a perfect match for Mr. Weinberg. We’ve been trying for months to get him to communicate but he just sits in the corner and stares out the window.”

“Good afternoon, Mr. Weinberg” the woman said as she pulled up two chairs and motioned Devora to sit down. “I’ve brought you a visitor who would love to get to know you.” The elderly man looked up and his eyes grew wide. He stared at Devora and wouldn’t take his eyes off of her. “Well,” said the woman, “seems like you two are going to become great friends. I’ll check back on you later.”

Devora watched as the woman disappeared down the hall and then she turned to the elderly man. “My name is Devora,” she said, “I am looking forward to getting to know you.” The elderly man continued staring at her and then slowly reached for her hand. ” I knew you would come back” he whispered. ” I knew I would see you again one day.” Devora gave him a confused look.” Mr. Weinberg” she said,”we’ve never met. This is the first time that I have been here.” The elderly man looked at her and smiled. “Evelyn, my sweetheart” he said, his eyes growing teary. “We were married when I returned from overseas, don’t you remember? You were so pretty with that auburn hair. You’re wearing it just the way I always liked it.” He reached his hand up and touched one of her curls.

Devora’s face turned pale. “When did we get married?” she asked her voice trembling. The elderly man looked at her and smiled. “It was September 15th, 1943. I could never forget that day. You were the most beautiful bride in the world.”

Devora couldn’t stop the room from spinning. One of the nurses came over to offer her a glass of water. “Please” she begged, “stay with Mr. Weinberg for a few minutes. I have to get some air!”

Devora ran outside and started to tremble. All those dreams…. Everyone telling her that it was her imagination playing tricks on her and eventually the dreams would stop. But she knew right after the accident, when she stopped breathing and they were struggling to revive her, that she had seen her Aunt Evelyn…the Aunt she had been told her whole life that she resembled…the Aunt who died along with her unborn child, years before she was born. Devora knew she had seen her Aunt Evelyn, a mirror image of herself. She remembered hearing her say, “You’re going back. It’s not your time. There  is something very important you have to do!”

Devora walked back into the room and thanked the nurse for sitting with Mr. Weinberg. She reached for his hand. “What happened to you after I left all those years ago?” she asked. He looked at her his voice choked with emotion. “I couldn’t stay in the same town. I went far away, but not far enough to erase the pain of losing you. Your memories followed me everywhere. A few years ago, I retired to these mountains. I lived alone until I couldn’t anymore.”

Devora got on her knees and wrapped her arms around the fragile old man. She held him very tight. Then she leaned over and whispered the words into his ear that her Aunt Evelyn had wanted to say, “I love you, my darling.. today, tomorrow and always.”

The elderly man died peacefully in his sleep that night. 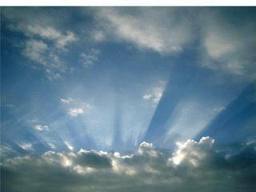