I Have The Right To Freedom Of Speech

NPR terminated the contract of Juan Williams after comments the veteran journalist made about Muslims on Fox’s “The O’Reilly Factor.” Within 24 hours, Williams signed a lucrative contract with Fox News. 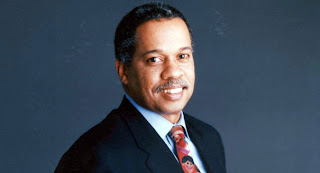 Good for Fox News! My thoughts…Williams was expressing what many Americans are afraid to admlt. They are scared to death of another terrorist attack!
Over thirty years ago, I opened my eyes to an olive skinned, dark haired man crouched by my bed with a knife in his hand. My husband jumped up and chased him. The police caught him and arrested him. At the trial, he was put back on the streets because it was his first offense (that he was caught for) in this country. He had a long rap sheet from Cuba including murder and rape.I was OUTRAGED!! Castro let him go during the Mariel boat lift. The day after his trial, he was arrested again for sexually molesting a little girl.
I am stating right now for all the world to know that any time that I see an olive skinned, dark haired man who resembles the man who broke into my home, my heart skips a beat. This does not mean that I am a racist nor do I hate Latin men.
What it means is…I was very traumatized by the incident and have not forgotten it.
Just like Sept. 11th, 2001.
Read more @ DebiDrecksler.com!