Live And Love Each Day

On Saturday, April 16th , tornadoes hit the eastern part of North Carolina, causing severe damage and the loss of lives.

My oldest son and his family live in Fuquay Varina, North Carolina. The news flashed tornado warnings. Thanks to modern technology, the tornadoes could be tracked minute by minute. My daughter-in-law quickly cleared out a closet, where she, my son and my granddaughter would seek shelter if the tornadoes turned in their direction. My son, a big, strong man with a muscular physique, reassured his petite wife and seven year old daughter, he would protect them. His plan was to cover his body over his loved ones, shielding them from any debris if the tornadoes should hit their house.

My son chose not to call me until after the tornadoes passed, knowing that I would panic being hundreds of miles away and unable to save my child. (A Mother’s worst nightmare.) He made the right decision.

My son’s neighborhood was spared. Others were not so lucky. There were heroes who made quick decisions, saving lives. There were others who never knew what hit them.

After it was all over, there was a sigh of relief for those who made it through without a scratch. There were phone calls made to loved ones (including this Mother) and shared prayers.

The tornadoes that hit North Carolina will be a challenge for months to come… properties will be rebuilt or repaired, the loss of lives will be mourned but life will continue.

If there is one lesson to be learned from all of this, it is…Live and love each day to the fullest,  because you never know what tomorrow will bring. 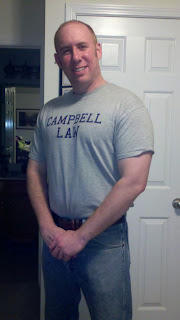