Longing For The Good Old Days

I’m not a prude but sometimes I wish for the ” good old days” when the media wasn’t intent on outdoing each other for “shock” effect. I miss the days when television was watchable by all generations and parents didn’t have to worry about monitoring what their children viewed. I think commercials have pushed the limits and I believe that some things are better not being advertised on television. 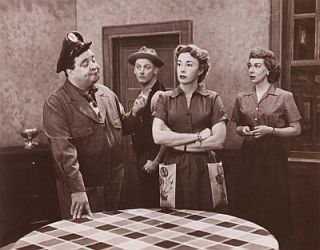 Here are my concerns…

Back in the old days, we didn’t have pictures of almost naked women provocatively dancing on the television screen. (We all know which commercials I am referring to.) Little boys got to be just that…little boys… until prepubescent years when they started thinking about girls as more than just friends. We didn’t have reality shows that encouraged promiscuity and other unacceptable behavior. Today, sex is thrown at  children like a delectable buffet from the time they are old enough to turn on a television.

Language has gone downhill. One thing I loved growing up in my parent’s house was the emphasis on talking properly. If we made a mistake, we were corrected. Foul language was not tolerated. Now it is,  “Let’s see how much dirty language we can push by the censors.” Slang has become the norm. Almost no topic is off limits anymore in television land. I’m an adult and I often find it embarrassing!

I feel sorry for children today and I think they deserve better!