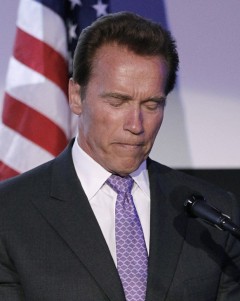 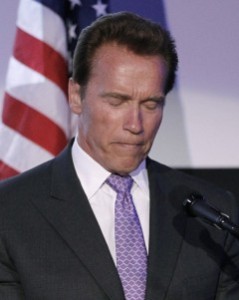 Arnold Schwarzenegger admits he fathered a child out of wedlock and the media goes wild. Important stories take a back seat as the seedy details of Schwarzenegger’s affair are revealed. Once again, the public is subjected to the boring (yes I said boring) day by day findings similar to a scavenger hunt. I imagine reporters everywhere fighting for the tidbits that will get them some credit for a sleazy, tabloid like column.

I am sure that I am NOT the only person on this planet who doesn’t give a hoot what this man did and would prefer not to have to read about or hear about it.

I feel sorry for the younger generation who have grown up with so much of this crap dominating the news. Sadly enough, they think it’s the norm. One twenty something guy, standing in line behind me at the grocery store, read about Schwarzenegger on the front cover of a tabloid and said, “No -one gets married and stays faithful!”

Just that statement alone is very disturbing to me. So much for the happily ever after.…

Recently our local paper had an anniversary announcement about a couple married 70 years.

It’s too bad that stories like that don’t make front page news.