The Cable Virgin Gets An Education

Family and friends used to laugh when they’d hear that we didn’t have cable television. They thought it was even funnier that we only could get reception for two channels and that was when the weather was good in the mountains. We really didn’t feel deprived because you don’t miss what you don’t know about. As I look back at my child raising years, I realize that it was a blessing not to have all those channels. Every one of my children grew up loving to read.

Last year, when my husband and I downsized, we subscribed to cable television. My husband was like a kid with a new toy. He could change channels faster than a speeding bullet, which might explain why my vertigo got worse this past year. I quickly gave up trying to sit and watch television with him. At 30 seconds per channel, he averaged 120 “flicks” per hour.

One night when I was all alone, I put on the television to see what the big deal was about. I was like a cable virgin about to experience what I thought was going to be a night to remember.

As I flicked from channel to channel (slowly) I was baffled as to how half these shows even made it to television. I finally learned what a reality show is…pretty stupid, if you ask me! Who cares about following bimbos around in their daily lives who are obviously acting fake for the camera. There’s no way those cat fights aren’t staged!I tried to get into two different movies but was aggravated by the endless commercials. I couldn’t find anything that interested me except reruns of shows I used to enjoy on my two channels back in the old days. Those were worth making popcorn for!

In all fairness, I only have a basic cable plan, but after what I viewed that night, I’m not impressed. I think television today has become boring and mindless. 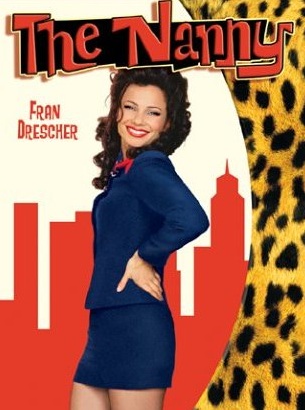 I’ll be happy when they create more shows like the ones we had in the good old days. In the meanwhile, I’ll keep watching my 3 nightly back to back reruns of The Nanny. At least I go to bed smiling!