The Gift Of Family

I always enjoy when friends post pictures (online)of large extended family gatherings.  I love to see the generations of family members from the elders right down to the babies. It brings back wonderful memories.

I grew up in a very large extended family. There were SO many of us on my Father’s side we could have filled an auditorium.  As a young child, I was blessed with a great grandfather.  I called him Zaydee with the beard. He was an Orthodox Jew who wrote magnificent poetry. He lived well into his 90’s. My Bubbi (his daughter) died when she was only 70 (I was 7) but I have wonderful recollections of her. She smelled like chicken soup and was soft and cuddly.  I enjoyed the time I spent with my  Zaydee.  He spoke mostly Yiddish and made delicious brittle candy which could crack the fillings in your teeth. My Father was one of 9 children(two died early in life) and the remaining 7 all married and had children.  There were 25 grandchildren including me and my 4 siblings. There were countless 2nd and 3rd cousins. I was fascinated by how similar many of us looked. 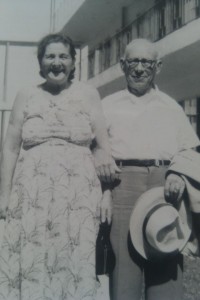 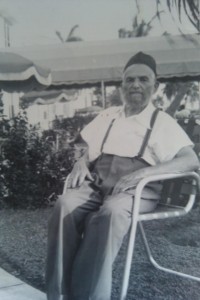 Zaydee with the beard

The years passed and the 25 grandchildren grew up  many creating branches with their own extended families.

Some of the branches broke and it was heartbreaking.

My Mother was stricken (much too young) with Parkinson’s Disease and eventually dementia. She suffered terribly for 14 years and was bedridden the last 5 years of her life. Those final years of my Mother’s life still bring tears to my eyes. My Father was the only grandparent my children have memories of spending time with as children.  (My husband’s Father died when he was 15 and his Mother lived overseas.)

I wish my children could have grown up with the gift that I had….an extended family that I spent quality time with. Back in the 50’s and 60’s, most of the family (grandparents, aunts, uncles & cousins) lived within miles of each other and there were lots of gatherings. Today our branch of the family is scattered like the wind and reunions are few and far between. (My 4 siblings and I haven’t all been together in one place since our Father passed away in 2002.)

My youngest daughter and I talked about this the other day. She said she also wished life could have turned out differently for our branch of the  family.  (I always tell her how much she reminds me of my Mother and how much my Mother would have enjoyed getting to know her.)

My daughter said her close circle of friends has become like an extended family. She lovingly refers to them as her tribe. I think it’s sweet that she loves her friends like family.

I always told my children when they were growing up, “You never can have too many people to love!”