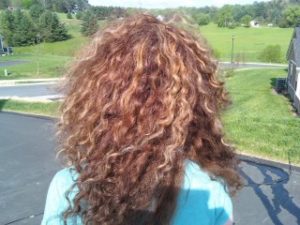 Even after the presidential election is over, millions of people on social media stay divided, this time by those who marched and those who did not march.  Others have faded into the background tired of being bullied for their convictions. Friendships have been discarded like old shoes.

One group no one has talked about is what I call the  ‘Lone Marchers”…people who find their “voice” and march solo.

I am a lone marcher. I learned how to be one from the woman who birthed me.  In 1962, my mother marched into my sixth grade class and told my teacher if he ever threw a book at me again, she would call the American  Civil Liberties Union. (My teacher abused me because I asked if I could make a Chanukah card for my Father instead of a Christmas card.) After realizing the extent of my Mother’s passion for justice, my teacher never touched me again.

As a young adult, I did a lot of marching.

I had a brief first marriage that ended in divorce in 1976. A department store cancelled my credit card claiming I was a risk because of my newly single status. I marched upstairs to the manager’s office and explained to him that this was discrimination. I was perfectly capable of paying my bill each month. I was a single mother with an apartment and a job. I maintained my composure yet had no doubt I got my strongly stated message across. He reinstated the credit card.. .in my name.

In the years that followed, I remarried and had three more children. There were times that situations arose where my children needed an adult to stand up for them. Whether it was marching into a classroom (like my Mother) or into the principal’s office or speaking in front of a group of officials, I never faltered.

Two of my children faced challenges.

My first born son had a mild learning disability that made it difficult to take written tests. He was an honor student, voted most talented male senior, who was rejected from the college of his choice because of test scores. I marched with him through the maze of rejection until we found a college that saw beyond his disability. They recognized his struggle and his achievements and positively verbalized that to him. My son was voted Student Body President of his college and then attended Law School. Today, at 43, he has a thriving Law firm and serves his town as a Commissioner.

My youngest daughter was diagnosed at 12 with Fibromyalgia. This “invisible” condition can be debilitating. Thankfully, we had a sensitive pediatrician who wrote a note to school officials explaining my daughter’s limitations (specific physical things it was too painful for her to do). One day my daughter called from a payphone at school crying because the gym teacher was forcing her to do pushups on the hard gym floor and she was in excruciating pain. The teacher told her there was no reason she should be exempt from the activity because she “looked” fine. I marched into school and lifted my daughter off the floor, sitting on a bench with her until the next class. The principal came out of her office and said I was trespassing, threatening  to call the police on me. I told her to do what she felt necessary because I was not leaving my daughter until her next class started. Then I reminded the principal that I was a freelance writer and would submit a story about this situation to our local newspaper, if she chose to have me arrested. She walked away and did not call anyone.

When I was substitute teaching in local middle and high schools, I discovered there were children who couldn’t read. I brought several to my home where my oldest daughter and I tutored them. One was an athlete who was being passed year after year only because he showed promise as a football player.  As a lone marcher, I felt any child we could educate, was worth our time and effort. These children were the future of our world and they should not fall between the cracks of a flawed educational system.

As we face enormous challenges over the next 4 years, I want people to realize that every one of us has the ability to make a difference. Whether we march with like minded souls or march solo, we can voice our concerns and speak out against discrimination. We can do this in a respectful way not by taking out our frustrations on each other. We can build bridges and work together to make it a better world. In my heart, I believe it can be done.