The Loss Of Childhood Innocence

I was about seven or eight years old when I was sexually abused on a summer camp bus. I tried for years to block the abuse from my mind. As is often the case, incidents like that come back to haunt you.

I heard my name being called. I turned around and a male counselor was waving at me from the back of the bus. He was sitting with one of the teenage boys from the older group. They said that they wanted to tell me something important. I remember that I was sitting on the seat behind the bus driver and wasn’t sure if I should get up. The counselor walked up to the front of the bus and called my name. I saw the bus driver look through his rear view mirror but he didn’t say a word. I followed the counselor to the back of the bus where he pulled me on his lap. He whispered something in my ear that I have never been able to remember. He then put his hand down my pants . I tried to get up. He and the other boy started laughing and he pulled me back on his lap with his hand still down my pants. I  started to cry and he pushed me off his lap and told me to go away. The counselor and the teenage boy were still laughing as I ran back up to the front of the bus.

I never shared the incident with my parents. I didn’t understand what had happened but I knew it was not supposed to happen. It felt wrong. I was afraid my parents would be angry at me. 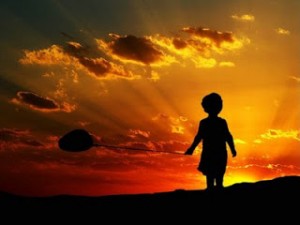 Years passed and I grew up and became the Mother of 4 beautiful children.  I  taught them at an early age the difference between appropriate and inappropriate behavior from other children and adults. I didn’t stop them from participating in activities including summer camp. I wasn’t going to punish them for what happened to me.

In 1979, I became the Director of a synagogue summer camp. Through the years it became very successful. I developed the reputation of being the Camp Director who treated each child like her own.  I hand picked my staff and met individually with each of them stressing how important it was to treat each camper with love and respect. I was very pleased with my choice of staff and we had wonderful summer experiences.

In 1985, there was a sex abuse scandal in Miami that caused hysteria through-out the County.

Frank Fuster, the owner of the Country Walk Babysitting Service, in a suburb of Miami, Florida, was found guilty of 14 counts of abuse. He was sentenced to a prison sentence with a minimum of 165 years. Fuster’s victims testified that his “unspeakable acts” included leading them in Satanic rituals and terrorizing them by forcing them to watch him mutilate birds, a lesson to children who might reveal the abuse.Fuster had been previously convicted for manslaughter and for fondling a 9 year old child.  From Wikipedia, the free encyclopedia

I remember the day the Director of the synagogue sent me a memo that said,  Please instruct your staff that there is to be absolutely NO physical contact with campers including in the swimming pool. When I questioned the Director he said that because of the Country Walk incident, parents were very worried that something might happen to their children.

At the end of the day I received the memo, I gathered my staff and read it to them. They all looked at me with confusion on their faces. One female counselor asked, “I give my three year old campers a hug when they come in every morning.  Can’t I continue doing that? I shook my head no. Another counselor questioned me. “What about in the pool when they ask us to put them on our shoulders? I shook my head no. One after another my staff asked their questions and it was a NO to everything.

I remember fighting back tears and realizing that because of a horrifying, despicable incident at a day care center, our children’s lives would never be the same in South Florida.

As I said goodbye to my staff after the meeting, I felt incredibly sad. I went into my office, shut the door and cried.

My loss of innocence had come full circle.