The Power Of Freckles

The other day, I was participating in my umpteenth online conversation about what defines a beautiful older woman. I mentioned that I thought a naturally aging face was beautiful. A few comments later, I added another thought. Those freckles I hated as a kid might be my secret age weapon as a 61 year old!

I’m sure most people who read my columns have figured out by now that I write and perform comedy. The secret to being a good comic is having the ability to laugh at yourself. Sometimes I crack myself up!

Getting back to freckles…Here are some of my favorite lines that I have received since hitting the second stage of  life.

From a male teller who asked to see my license….” Why are you showing me your Mother’s license?”  He admitted to having a thing for girls with freckles and said they made me look younger than the age listed.

From a female cashier at  a local clothing store when I asked for my senior citizen discount. “I need to see your driver’s license!” she demanded. Thinking she was joking, I replied, “What are we running here…a nightclub?” Giving me her meanest look, she hissed, ” I have to make sure you are OLD enough for this discount!” Laughing hysterically I answered, “Listen Lady…there is not a woman over 40 who is going to pretend to be older than she is  …not even for your 15% discount!” I showed my license (she wasn’t budging) and on the way out, an elderly man stopped me and said, “It’s those freckles.”

I’m saving the best for last.

I was an MC for a show (in a bar) a while back and while performing a little comedy, I happened to mention my age. A guy screams out, “Honey,  with those freckles, you don’t look a day over 43!”

I would have taken this as quite a compliment if he hadn’t just finished his 5th beer! 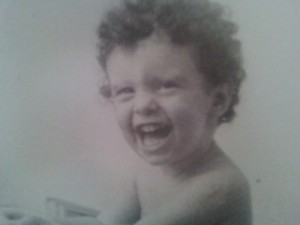