Rebecca locked the door to the apartment and walked through the parking lot to get to her car. The air was crisp and cool… Suddenly she found herself wanting to take a long walk not get in the car and fight traffic all the way to the office. “It’s early enough,” she thought as she  pulled her sunglasses out of her purse and started walking.

Rebecca doubted anyone would worry if she didn’t show up for work. Her boss had told her to take a few extra days if she needed, to get ready for the wedding. The truth was, there wasn’t much for her to do. Thanks to her Mother and Dean’s Mother all the arrangements were made and all she was expected to do was show up. Her Mother had even picked out a bridal gown she had seen in a magazine. It was waiting for Rebecca when she came over for the weekly Friday night family dinner a few months ago. Her Mother was so excited about the gown. It was absolutely gorgeous like something a princess would wear. Her Mother refused to tell Rebecca what it cost. She said it wasn’t important for her to know.

Rebecca looked at the time on her phone and quickened her pace. Suddenly her heart began to race wildly and sweat started pouring down her face. “This is crazy” she thought. I’m in the best shape of my life and I feel like I’m going to pass out.” She stopped and sat down on a bus bench and took a few deep breaths. 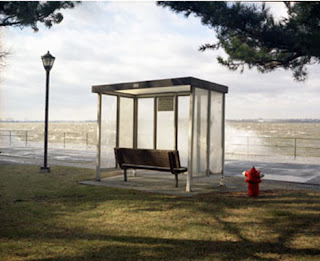 “Are you ok child? Rebecca looked over at the other side of the bench and saw a very old woman with several bags and a cane straddled between her legs. “You need a drink? I’ve got some bottled water.”

Rebecca thanked the old lady and told her she just needed a second to catch her breath. The two of them sat silently for a minute or two.”I’m getting married in three days” Rebecca told the stranger. “I’m just feeling kind of weird right now.”

The old woman looked at Rebecca and smiled. “I remember being in your shoes 65 years ago. My Billy was coming back from overseas and I was in a panic. Hadn’t seen him in almost a year and wasn’t sure if I even wanted to marry him anymore. But all those letters and promises…The old woman’s voice trailed off…”How could I not marry a man who said the only thing that got him through the war was knowing that I was waiting for him back home. It was then that I realized how lucky I was to have found a man who loved me so much.”

Rebecca looked at the old woman and smiled. “That is a beautiful story. Did you marry him when he returned?”

The old woman’s eyes grew teary. ” He never made it back. He died on the battlefield two days before he was to return to the States.”

The bus pulled up and the old woman stood up and gathered her belongings. Rebecca helped her on the bus and said goodbye.

As the bus pulled away, she whispered “thank-you” and headed toward home.There was something she needed to do before the wedding.