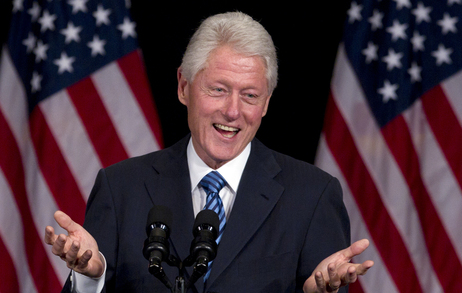 The BIG news this week was our former President’s speech at the Democratic Convention. Bill Clinton wowed the audience with his charismatic personality and superior public speaking abilities. 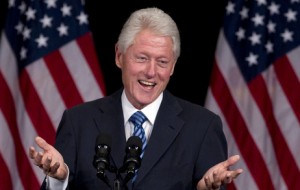 I posted the following comment on Facebook the day after Clinton’s speech…  Bill Clinton is a VERY charismatic, effective speaker. I just have a hard time giving credibility to a man who told millions of Americans, “I did NOT have sex with that woman!” and then was OOPS caught in a BIG, fat lie!

My post irritated a few of my online friends. Others expressed their support for what I had to say.

I had to remind a few people that I was writing about Bill Clinton not Obama or Romney. I was not taking political sides or telling people who to vote for! I was expressing how I felt about being lied to by a man who held the highest and most powerful office in this country!

I’ve been thinking about why this bothers me so much. Even though I’ve written about it before, I feel it’s worth sharing my thoughts again.

As parents, we sit our young children down and explain to them why lying is wrong.  We share stories with them about what happens to people who go through life telling lies. We encourage them to always tell the truth.

Then our children grow up and discover that Mom and Dad fed them a HUGE lie! Why you can grow up and become the President of the United States of America, have sex in the White House with someone other than your spouse, have all the intimate details go viral in the blink of an eye and THEN go on national television and deny that it ever happened!

And…People will be expected to forget all about the BIG lie!

Would someone please explain to me how this is considered acceptable? I have heard every excuse in the book for Bill Clinton’s BIG lie. I’m not buying into any of them. He got away with his affairs for years and pushed his luck when he decided to unzip his pants in the White House while serving as our President!

If an administrator or teacher had done something like this on school grounds, he or she would be fired on the spot. Parents would be OUTRAGED and demand for a resignation. HOW DARE A TEACHER….A ROLE MODEL FOR OUR CHILDREN HAVE SEX ON SCHOOL GROUNDS! The public would show no mercy!

I believe that if your average American behaved like Clinton did in the workplace, he or she would have lost the respect of his family, friends and co-workers and most likely destroyed his or her professional reputation.

So why should I respect and give credibility to Bill Clinton, who held the highest and most powerful office in our country?

I think we are in deep sh-t in this country when it comes to our morals and ethics.

We create celebrities from people who exhibit inappropriate behavior. We know that leaking a naked picture or sex tape will get millions of hits on the internet and put someone unworthy in the limelight!

We need positive role models for our young people to look up to especially when it comes to endorsing a candidate for the most powerful position in our country.

I would have given more credibility to a character from Sesame Street!

Debi Drecksler is a registered Democrat who resides in North Carolina.