Holidays are supposed to give you a warm and fuzzy feeling. The reality is…Advertisers create this illusion so that you will run out and spend money you don’t have (or sit home and shop on the internet) and if you are middle class, most probably overextend your credit and spend the next few years trying to pay it off.

There are no toy collections or other holiday donation drives for the middle class. It is usually the middle class who are the biggest donators to these causes. That’s right, the average Joe, who I lovingly call the guy on the street. They’ll take their last dollar and throw into a bucket or give it to the cashier who asks, “Would you like to help buy a needy child a winter coat?”

I’ve asked a few friends how being middle class in today’s world has affected their holiday shopping. Several of them agreed that it puts a big financial hardship on their budget. One friend said she has a hard time trimming down her list. She felt that family and friends would be insulted if she removed them. One woman said, “Sending a card just won’t do!” So what happens? People spend way too much money trying to keep up an image that everything is hunky-dory. 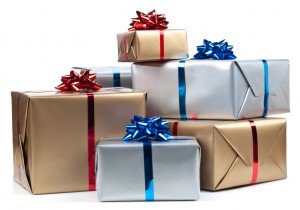 So here we are facing another holiday in an economy that is still unstable. What should we do? Throw in the towel and give up the holidays?  That will never happen! Max out our credit cards to the limit?  Terrible decision! Go to the dollar store and buy everyone a tchotch-ke ? 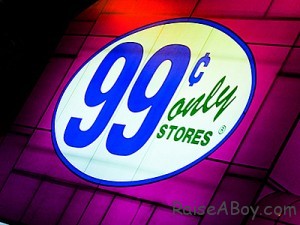 Would it really be the worst thing in the world to admit that as middle class Americans, we just don’t have the disposable income to go overboard on holiday shopping?

Who would we really be letting down…. Ourselves?

I honestly believe this is the REAL problem.  As middle class Americans, we are struggling to keep our heads above water. Most of us live paycheck to paycheck. We have been given this title of  Middle Class but the truth is…Many of us would lose everything if we had a (G-d forbid) catastrophic emergency. Where does spending way too much money during the holiday season fit into this picture?

I think it is time for middle class Americans to form an allegiance. I don’t want to pretend that everything is alright! It’s far from alright! I am waiting to see what happens over the next 4 years. I’ve heard promises made to help the middle class. We need help…lots of help! (My 15 second political ranting.)

In the meanwhile, let’s think of ways to celebrate the holidays without breaking the bank! Let’s band together and bring back the true spirit of the holidays which we all know has nothing to do with how much we spend on those holiday gifts!

I welcome your suggestions!