The Rise Of A Star 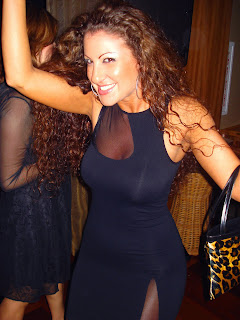 Two weeks ago, my daughter Heidi came back to North Carolina to be with loved ones, enjoy the beautiful Fall weather and focus on her music career.

It is great to see her after a long absence and I am rejoicing about the focus on her music career! It was six years ago when my husband and I discovered that our youngest daughter had an unbelievable talent as a songwriter. Through the years, the attention had always been on her big brother Jason’s talent. A musical prodigy, Jason wrote his first song at nine.

When my husband and I heard Heidi’s music, we both had tears in our eyes. It touched us so deeply, there are really no words to describe our feelings. In the years that followed, dozens of Heidi’s songs came to life. Several were recorded and Heidi became a fixture on the local music scene. I remember the night I was in a club and her song, “This Is A Hit” was playing. I watched as people danced and I felt elated! “That’s my daughter,” I screamed over the music. “That’s my baby girl!”

Last year, she left for San Francisco.Music got pushed aside as she learned how to survive alone in a new town. I worried about her being exhausted every day from two train rides (each way) and a tedious job that had nothing to do with her true passion. But I also understood that this part of Heidi’s life journey was necessary. My daughter was discovering who she was and what she was capable of accomplishing.

I also understand why Heidi (after recouping and finalizing some important decisions about her life), will once again leave our small mountain town. She has been working endlessly on her music, knowing that the time has come to immerse herself fully into a profession she loves and will be successful in.

And I, as always, will remain her greatest fan.